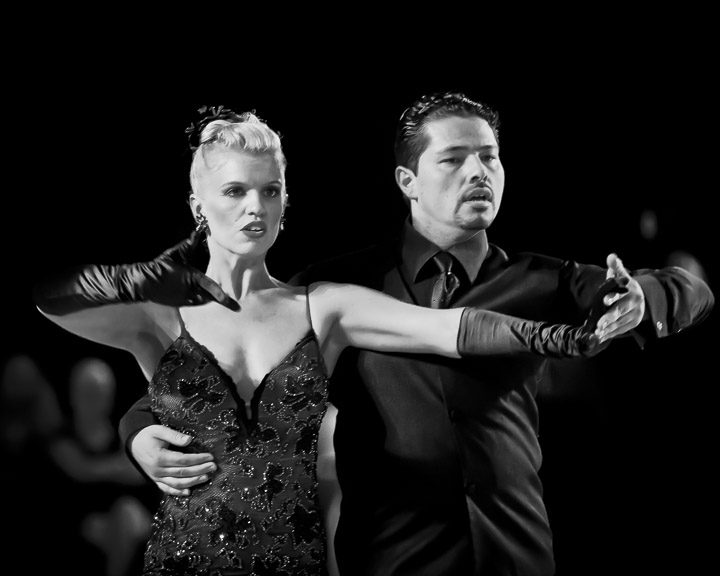 Owner and manager of Dance Station, Lawrence Black is a native New Mexican who for 20 years has taught hundreds of Santa Feans to dance. Although his students are typically more experienced or competitive dancers, Lawrence always enjoys working with beginners. For years, he’s helped couples prepare for their wedding dances.

Instead of just teaching “steps,” Lawrence believes in giving all students, no matter how experienced, a solid foundation in dance technique that they can build upon. Whether students are tackling an elaborate routine or just want to gain more confidence for basic social dancing, Lawrence can help.

The Taos native discovered ballroom and other types of partner dancing at St. John’s College, where he graduated with a bachelor’s degree in liberal arts.

He currently competes nationally in the Professional Smooth division with dance partner and instructor Mary Miller (shown above with Lawrence at a competition). He is also a dancer and choreographer with Dance Station, which performs often in the Santa Fe area. Lawrence has been recognized as a top Pro-Am teacher at many competitions.

To schedule a lesson with Lawrence or sign up for one of his group classes, call him at (505) 989-9788 or send him an email at info@dancestationusa.com. 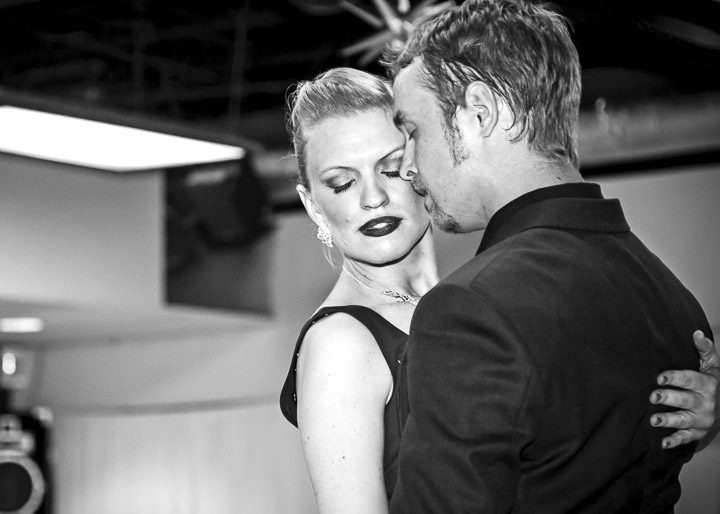 Mary Miller started dancing at the age of four and hasn’t stopped yet. As a child growing up in Houston, Mary studied ballet, tap, jazz, and clogging. She performed and competed through high school and college. With the Kilgore College dance team, Mary performed in the Macy’s Thanksgiving Day Parade and at the Cotton Bowl. She’s a graduate of Southwest Texas State University, with degrees in anthropology and history.

As a talented choreographer and competitor, Mary is fantastic with students who want to compete or showcase their dancing. She also believes in making the gift of dance accessible to the newest of dancers, and is reassuring while instilling good dance habits.

She has taught at Dance Station since 2006 and now competes nationally with her professional partner, Lawrence Black, in the Professional Smooth division.

To schedule a lesson with Mary or sign up for one of her group classes, call her at (505) 989-9788 or send her an email at info@dancestationusa.com. 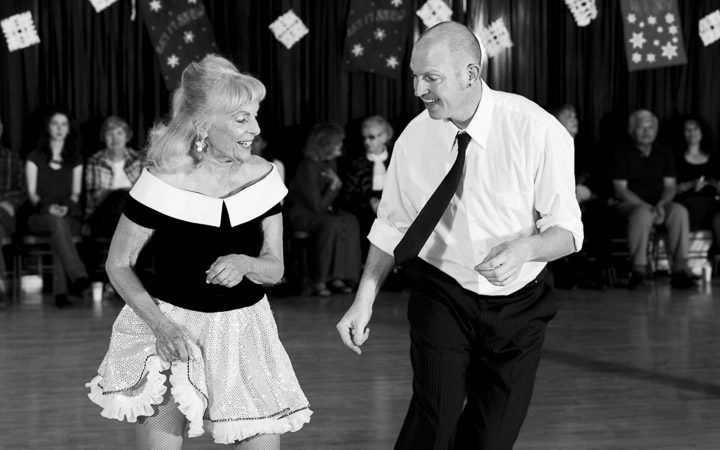 It don’t mean a thing if it ain’t got Mike Garcia’s swing. A professional dancer since 1996, Mike realized early on that swing dancing was his calling.

As a member of the local dance company High Altitude Swing, Mike taught and performed all over New Mexico, Colorado, and Arizona. He’s also worked with other local groups including the Santa Fe Social Club and Tango U.S.A., and has been a member of the Moving People dance company since 2000.

An evangelist of swing, Mike has taught swing dance at St. John’s College, the College of Santa Fe, the World College in Las Vegas, N.M., and for a year was a mentor at the Monte Del Sol middle school.

Mike’s quest to learn from the best teachers and dancers in the world has taken him as far as Sweden. Among his coaches was Frankie Manning, the “Ambassador of Lindy Hop.”

To schedule a lesson with Mike or sign up for one of his group classes, call him at (505) 577-2294 or send him an email at creativelifecontact1@gmail.com. 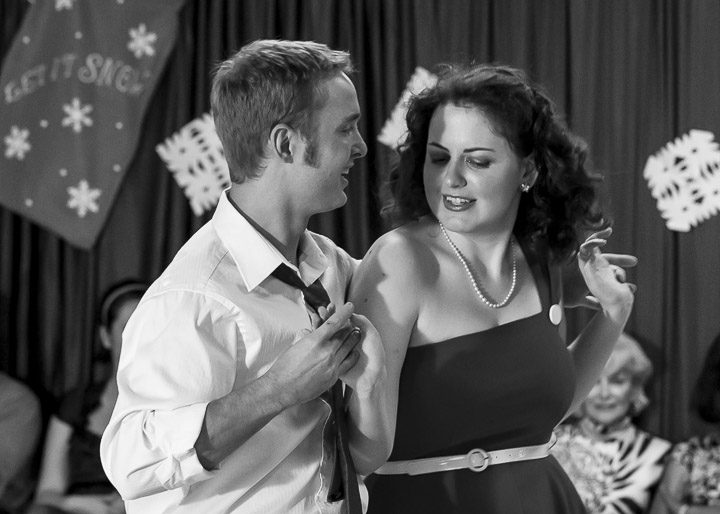 His willingness to try something new brought Jason Miller to Dance Station. He had considered various options and decided one night to join an introduction to social dance class, and that class changed his life.

Given Jason’s background as an athlete, he was immediately drawn to the dancing, both as social outlet, as well as an athletic art form.

Jason is a native Santa Fean and works with PV Constructors, building mostly commercial properties. Despite his physically demanding regime of building by day and dancing by night, his favorite hobbies are still playing soccer and snowboarding. 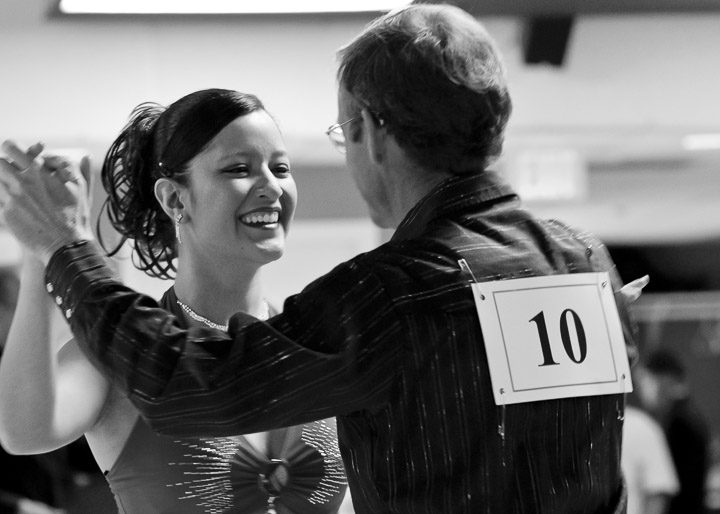 It’s all because of her third-grade drillette team, Cheryl Noonan says. The Santa Fe native says that her early experience got her hooked on dancing. Cheryl studied jazz dancing off and on through high school, but when she was introduced to ballroom dancing that was it.

“As a child I always wanted to become a dancer, and I feel safe in saying that I am living that dream,” Cheryl says.

Cheryl believes in creating a patient, relaxing environment for students. She most enjoys teaching social dances such as West Coast Swing and Night Club 2-Step — two versatile styles that work with a wide variety of music. She also enjoys teaching fusion dancing, which allows students to combine different dance styles.

“Dancing brings such a sense of joy and relaxation to my life, and I want to share that with others,” she says. 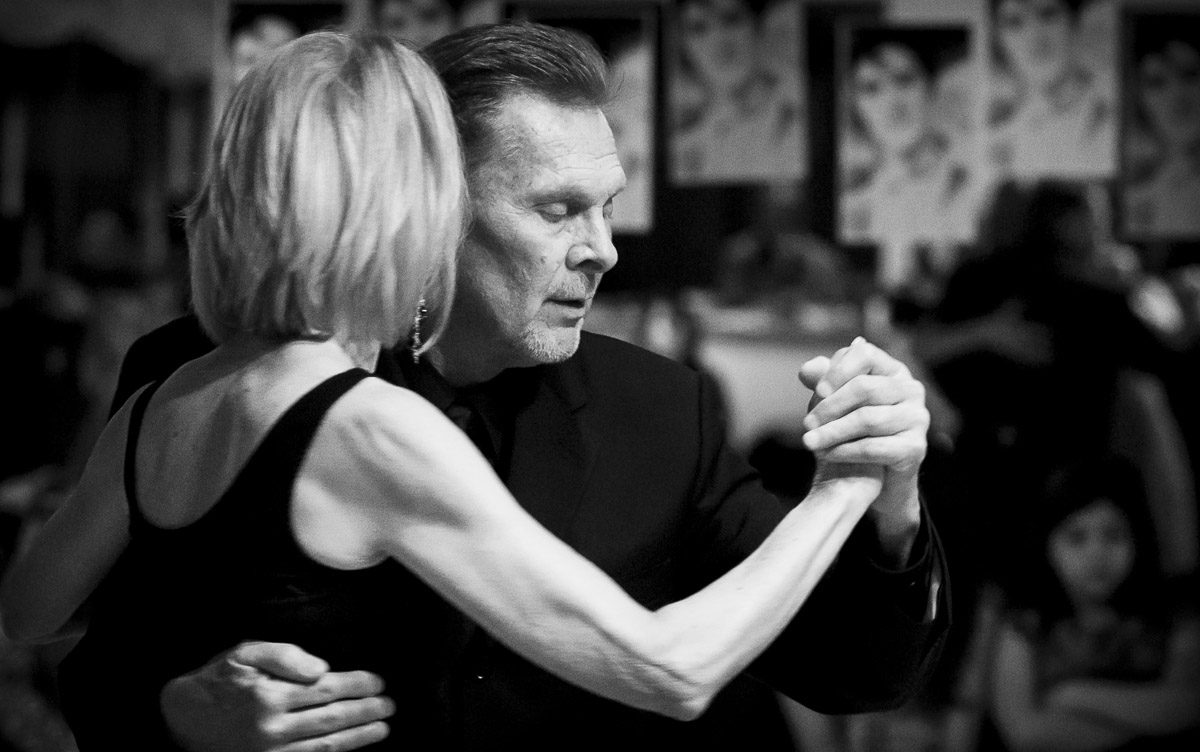 After 50 years as a dancer, Michael Walker could teach just about any style of dance he wanted. He chose to specialize in Argentine tango — and has become one of the most sought-after teachers and performers in the Southwest.

“Thirty years ago, I saw ‘Tango Argentino.’ At that moment I fell in love!” Michael says. “I was teaching modern ballet and jazz, and tango changed the direction of my dance.”

His career has taken him in many fascinating directions. As a teenager, he was a ballroom and Latin champion. Later, he trained under visionary choreographer Martha Graham.

Michael has performed on television and on stage in major Las Vegas productions. On the Johnny Carson show, he was one of Bette Midler’s “Boogie Woogie Bugle Boys.” On Tom Jones’ TV show, he danced with Janis Joplin and her band, Big Brother and the Holding Company. With the Nevada Ballet Theatre, he backed up Liberace in Las Vegas.

Today, Michael works to instill the passion and the intensity of Argentine tango in his students. This week at Dance Station

We'll cover six- and eight-count figures, incorporating lead and follow techniques for social dancers.
For more information, contact Elli at 505-577-8324 or email dovetaildance@gmail.com
8:00 am – 9:00 am
Dance, Dance! Beginnner to Advanced

Dance, Dance! introduces new choreography as well as established Just Dance! routines.
We break down the routins and teach technique.

The Dance, Dance!  choreography is designed for achievable results. 55 minutes,
$15 per class. Taught by Christina Kortz.

For more information contact Christina at 505-699-7004 or visit www.christinakortz.com.

Call 505-226-2287 or email jazzercisesfds@gmail.com.
11:45 am – 12:45 pm
Jazzercise
Call 505-226-2287 or email jazzercisesfds@gmail.com.
8:00 am – 9:00 am
Just Dance! Intermediate to Advanced
Just Dance! is a start-to-finish, nonstop aerobic dance/fitness class which incorporates a variety of dance styles and compelling choreography and is set to popular music.

Call 505-226-2287 or email jazzercisesfds@gmail.com.
11:45 am – 12:45 pm
Jazzercise
Call 505-226-2287 or email jazzercisesfds@gmail.com.
8:00 am – 9:00 am
Just Dance! Intermediate to Advanced
Just Dance! is a start-to-finish, nonstop aerobic dance/fitness class which incorporates a variety of dance styles and compelling choreography, set to popular music.

This class is for alignment! It is a combination of Modern, Ballet and Jazz techniques.
Number of students is limited. For more information, contact Michael Walker at 505-795-6798.